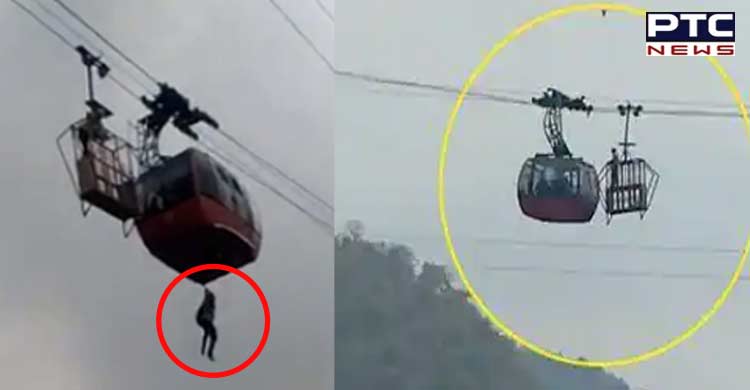 "6-7 tourists stranded in Parwanoo Timber Trail (cable-car) due to some technical problem. Another cable car trolly deployed to rescue them. The technical team of the Timber Trail operator deployed and police team are monitoring the situation," Virender Sharma, Superintendent of Police said on Monday.

However, as per the latest reports, as many as eleven tourists were stranded mid-air at Timber Trail Parwanoo.

According to the latest update, six tourists have been rescued so far. The reduced people include four women and two men. Five people are still stranded mid-air.

Earlier in April, some cable cars collided on a ropeway at Trikut hills close to Baba Baidyanath Temple on Sunday.