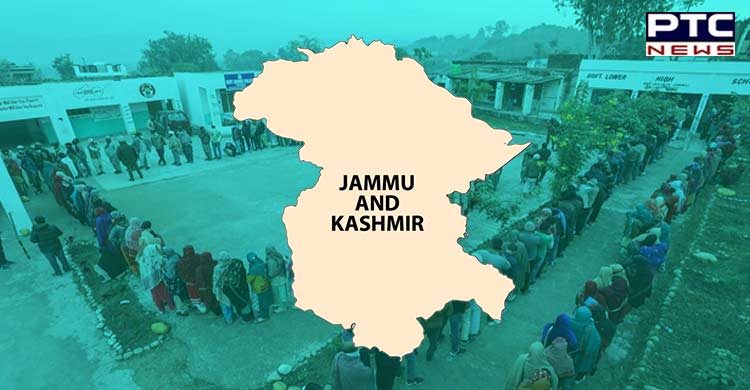 Jammu and Kashmir, August 18: In a major decision, Jammu and Kashmir's Chief Electoral Officer (CEO) Hirdesh Kumar announced that non-locals who live ordinarily in the Union Territory can vote in the J&K elections.

Now, non-locals including employees, students, labourers or anyone from outside who is living ordinarily in the UT of Jammu and Kashmir can register their names on the voting list.

CEO Kumar also informed that the requirement of domicile is not necessary for outsiders to get enlisted as voters and that armed forces personnel from other states who are posted at peace stations in the UT can also get their names registered in the voter list.

The top politicians in Kashmir also believe that allowing outsiders to cast ballots in the upcoming elections in J&K will be disastrous and tip the scales in the BJP's favour.

Omar Abdullah, a former chief minister of J&K, claimed that the BJP now needs to import voters in order to win seats in the UT.

Taking to Twitter, Omar said “Is the BJP so insecure about support from genuine voters of J&K that it needs to import temporary voters to win seats? None of these things will help the BJP when the people of J&K are given a chance to exercise their franchise."

Sajjad Lone, the chairman of the Peoples Conference and a former minister, claimed that allowing non-locals to vote in assembly elections would be just as disastrous as election rigging in 1987.

“This is dangerous. I don’t know what they want to achieve. This is much more than mischief. Democracy is a relic, especially in the context of Kashmir. Please remember 1987. We are yet to come out of that. Don’t replay 1987. It will be as disastrous," he tweeted.

Mehbooba Mufti, the president of the PDP, referred to this action as outrageous gerrymandering intended to tip the scales in the BJP's favour.

“The GoIs decision to defer polls in J&K preceded by egregious gerrymandering tilting the balance in BJPs favour & now allowing non-locals to vote is obviously to influence election results. The real aim is to continue ruling J&K with an iron fist to disempower locals,” Mufti said on Twitter.