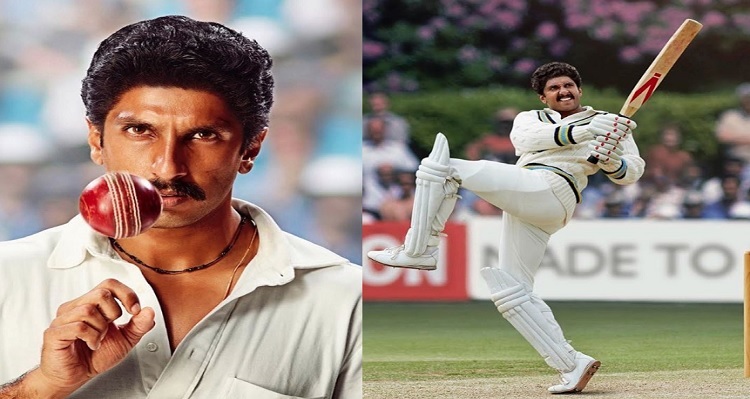 Ever since Ranveer Singh shared the first poster of his upcoming film, '83, fans have been excited about the film, in which Ranveer plays legendary cricketer Kapil Dev. The posters, in which the Padmaavat actor actually pulls off a resemblance to “Haryana Hurricane” Kapil Dev, have created a buzz.

The actor has now released another look in which he is seen playing the Natraj Shot, which he played in the semi-finals against Zimbabwe in the 1983 Cricket World Cup. During the semi-finals, Kapil Dev scored 175 runs.

Fans are showering love on the actor and are expressing their excitement about the film release.

To perfect his character as Kapil Dev, Ranveer Singh went through intense training and even stayed at the cricketer's house for 10 days in Delhi.

The film, '83, will be the first collaboration between Ranveer and his wife Deepika Padukone after their wedding. Deepika is essaying the character of Kapil’s wife Romi Bhatia. Helmed by Kabir Khan, the film is based on the Indian Cricket Team's victory in the ICC World Cup in 1983. It is scheduled to release in 2020.