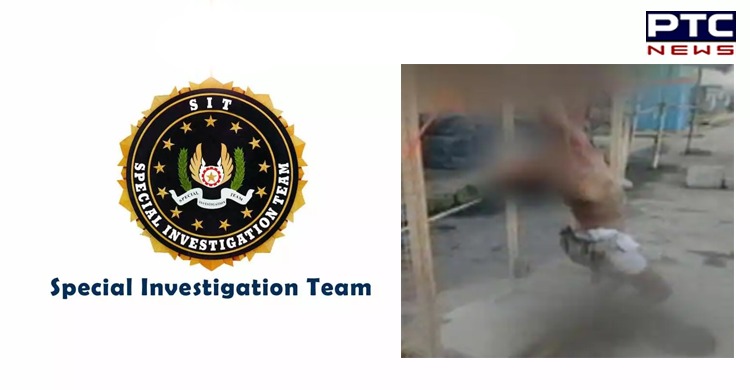 A semi-naked mutilated body of a man with his left hand and foot chopped off was found hanging from an overturned police barricade near the main stage of the Samyukt Kisan Morcha (SKM) at Singhu border on October 15. The deceased was identified as Lakhbeer Singh (35), a labourer from Cheema Khurd village in Tarn Taran (Punjab). 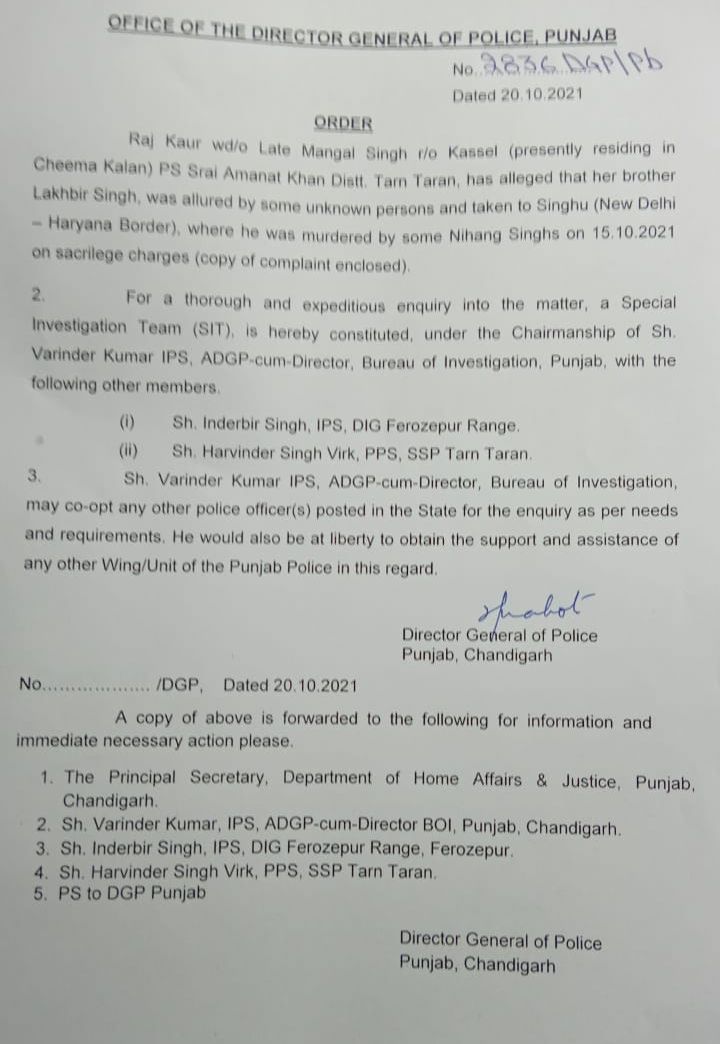 Besides, Punjab Home Minister Sukhjinder Singh Randhawa also spoke to Akal Takht Jathedar Giani Harpreet Singh and urged him to call a meeting of various Nihang groups to find out facts regarding activities of Baba Aman Singh and allegations that many fake Nihang leaders had come up. 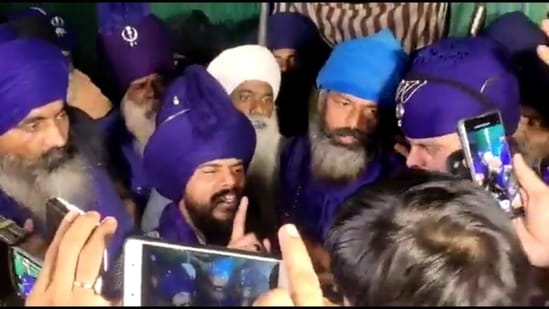 The SIT will also investigate the background of Baba Sarvjit Singh, who had surrendered to the Sonepat police for killing Lakhbeer at the Singhu border.

Meanwhile, the Shiromani Gurdwara Parbandhak Committee (SGPC) has also decided to constitute a three-member panel, including a member from Haryana, to visit the spot and conduct an inquiry into the Singhu killing. “As the situation normalises, our panel will visit the site,” SPGC chief Bibi Jagir Kaur said.