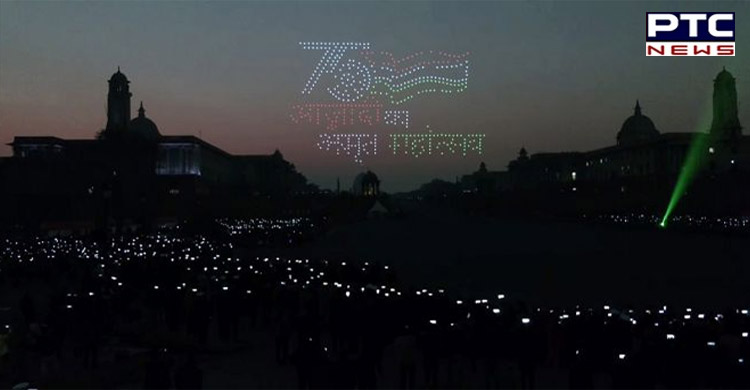 As part of the country's 73rd Republic Day celebrations, a grand drone show dazzled the sky on Saturday during the Beating the Retreat ceremony at Vijay Chowk in Delhi.

The 10-minute drone show of 1,000 drones was organised by startup 'Botlab Dynamics' and was supported by the Indian Institute of Technology, Delhi and the Department of Science and Technology, according to the ministry. 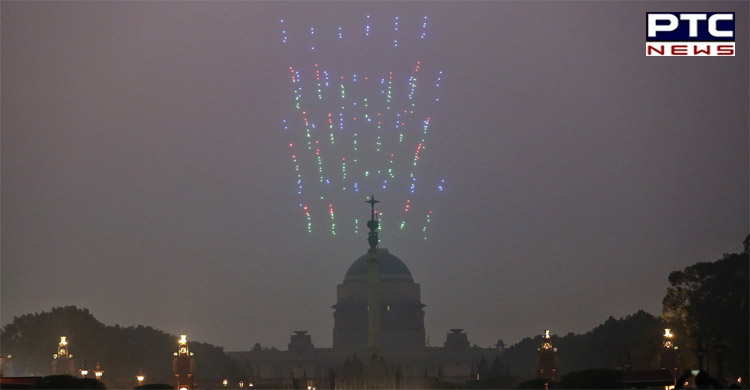 The magnificent history of India's freedom was commemorated in the drone and laser show, as the drones formed various formations relating to India's history. These drones are all manufactured in India. The majestic show was conceptualised, created, produced, and choreographed under the Centre's 'Make in India' initiative.

With the grand drone show, India has become the fourth country in the world after UK, Russia and China to light up 1,000 drones in the sky during the beating retreat ceremony. 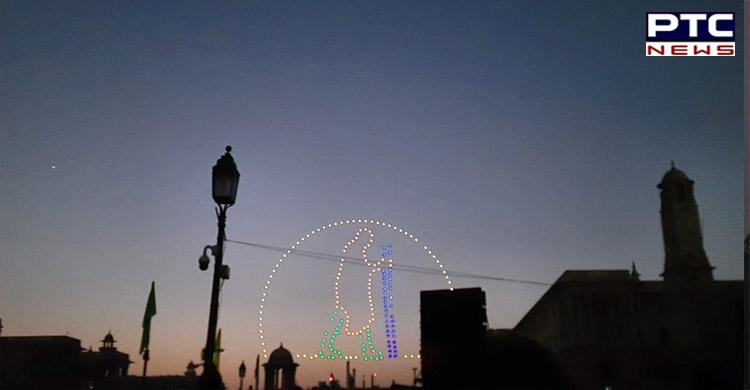 Union Minister Jitendra Singh, earlier on Saturday, had said, "It is a matter of pride that for the first time, 1,000 drones will light up the sky during the beating retreat ceremony. India will become the 4th country in the world after UK, Russia and China to achieve this feat." 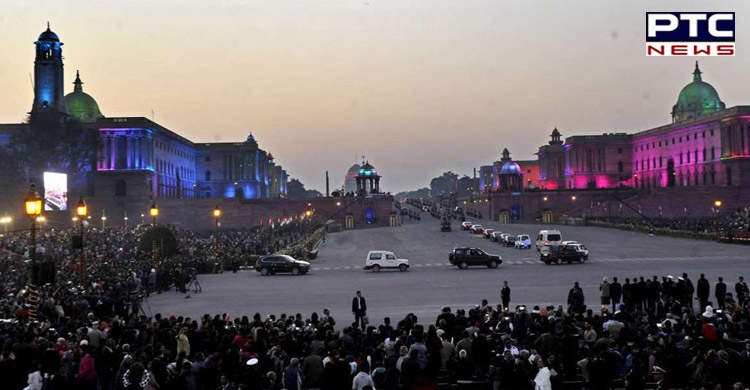 President and Supreme Commander of the Armed Forces Ram Nath Kovind attended the event along with other dignitaries including Prime Minister Narendra Modi and Defence Minister Rajnath Singh.