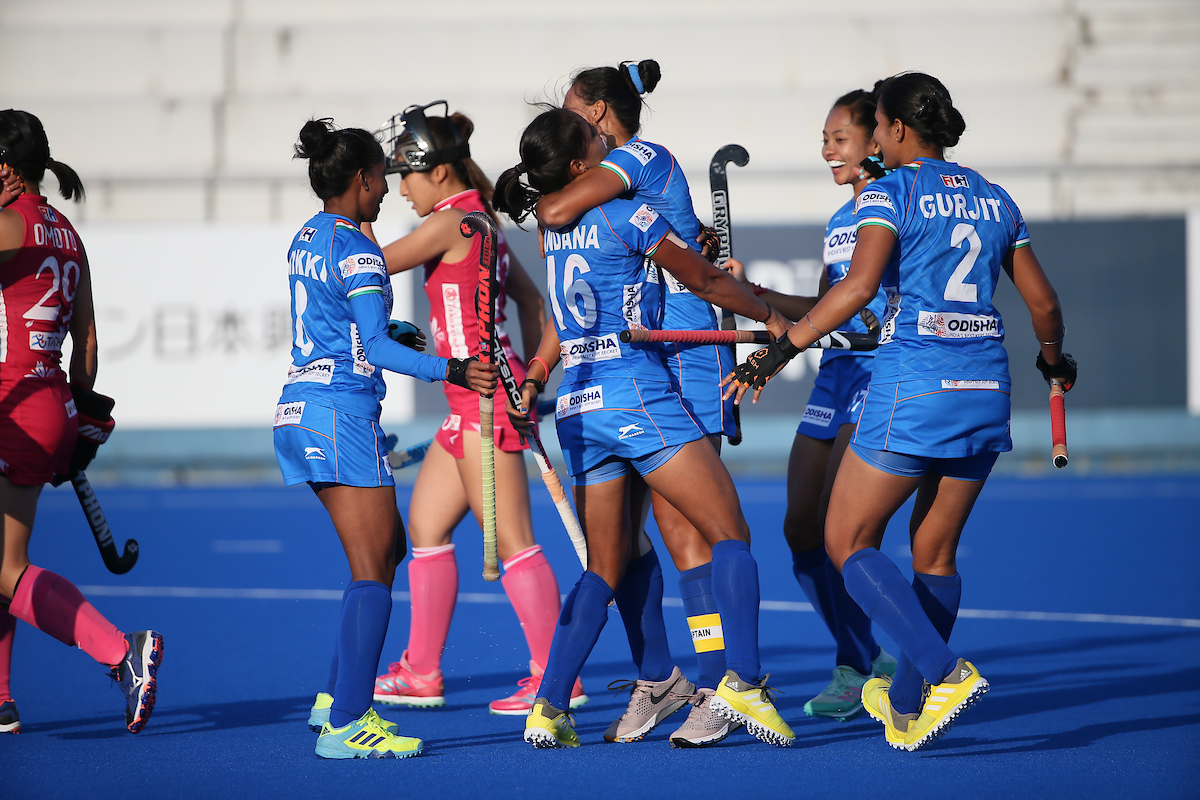 Skipper Rani and drag flicker Gurjit Kaur did it for India again. They not only helped India win the gold medal match in the FIH Series Finals for women at Hiroshima on Sunday but also reiterate their position as a top Asian team. In the final India beat Japan 3-1.Japan are currently the Asian games champions. Though the outcome does not affect Japan's position as automatic qualifier for the 2020 Tokyo Olympic Games, both as a host and as Asian Games champion, it comes as a big morale booster for India. 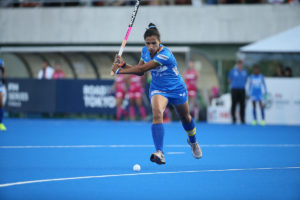 It also helped India complete a double in FIH Series Finals, as both its teams, men and women, won the events. Indian men had won at Bhubaneswar early this month. The Indian women team was helped by an early goal from captain Rani in the 3rd minute, but conceded an equalizer in the 11th minute as Japan's Kanon Mori scored. A brace from Gurjit Kaur scored in the 45th and 60th minutes saw India register an emphatic victory. The World No. 9 Indian team had already qualified for the FIH Olympic Qualifiers 2019 on Saturday after securing a place in the final of the competition.

A fantastic start to the first quarter for India saw them take the lead in only the 3rd minute as Rani stepped up to score from her team's first penalty corner. In fact Rani has been a consistent scorer in this tournament. Her excellent performance was acknowledged as she has been adjudged the best player of the tournament.The Indian skipper struck the ball sweetly along the ground and beat the Japanese Goalkeeper Akio Tanaka on her right side to give India a 1-0 advantage. India's dominance saw them win its second penalty corner in the 9th minute, but the team gave a foul away in the execution. 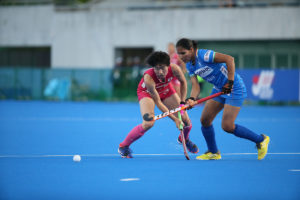 Japanese were unable to create opportunities for themselves as they could only manage two circle entries in the entire first 15 minutes. But, when they did enter the circle on the second occasion, the Japanese forward-line combined to score an equalizer from their very first shot at goal. It was Japan's Sakurako Omoto who picked up the ball at the 25-yard line, and relayed a pass on the right flank to Yuri Nagai on the baseline, who then passed across goal which was successfully deflected by Kanon Mori onto the Indian goalkeeper Savita, who could not react in time and conceded the goal. 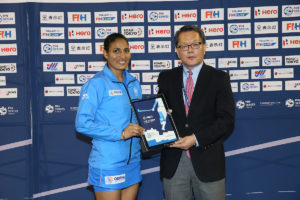 The second quarter also saw India maintain possession which saw forward Vandana Katariya miss a glorious opportunity in the 18th minute as she picked up a loose clearance from just outside the striking circle, and ran into it to take a strike, but her shot went just wide of the post. Japan, on the other hand, also started to get into its rhythm, and tried to create chances by using the flanks, but India's defence stood out well. India controlled possession well as it made 5 circle entries compared to Japan's zero. The likes of Sushila Chanu Pukhrambam and Lilima Minz stepped up to help break Japanese attacks, and rotated the ball comfortably to create opportunities for India. 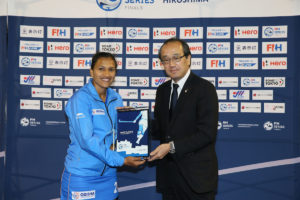 However, a better performance by the Japanese defense in the final few minutes of the second quarter meant that both the teams went into the half-time break level at 1-1.India stepped up its attacking flair again in the opening minutes of the third quarter winning two penalty corners, but could not convert them. Both the teams tried to look to take the important lead, with Japan making two circle entries and getting two shots away, while India made 8 entries and took 5 shots. However, the last of those 5 shots was the one which gave India the lead as constant pressure on the Japanese in the latter stages of the third quarter saw India win another penalty corner through Rani. 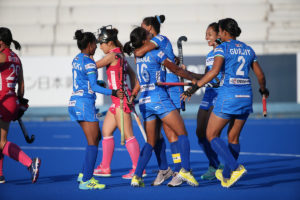 It was drag-flicker Gurjit Kaur who was India's saviour yet again as she dispatched the ball into the top left corner of the Japanese goal to give her side a 2-1 lead in the 45th minute.India managed the fourth quarter well as it maintained possession in the initial minutes with Navneet Kaur and Rani having opportunities to seal the victory with a third goal but their efforts were kept out by the Japanese Goalkeeper. But on the other side of the field, India defended well from Penalty Corners to avoid conceding an equalizer.

With just five minutes remaining in the match, Japan decided to take off their Goalkeeper for an extra outfield player, and that helped them in creating some opportunities, however, it also worked against them in the last minute of the match as Gurjit Kaur, the top scorer of the tournament, scored her second goal of the match through a penalty corner to make it 3-1 and wrap up the victory for India. Both Indian teams have qualified for the FIH Olympic Qualifiers 2019 set to take place later this year, which is a qualifying event for the Tokyo Olympics 2020.