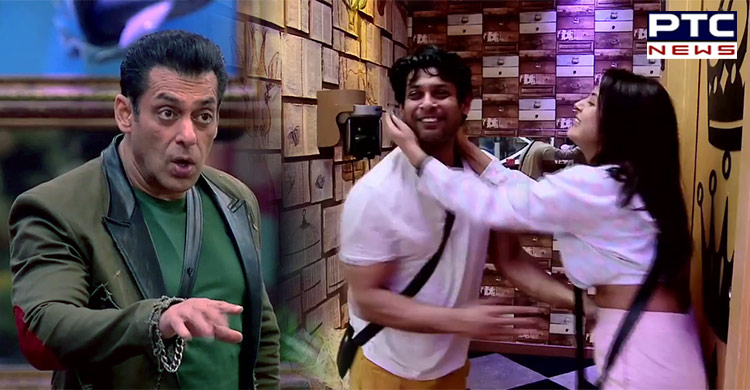 Bigg Boss 13: Soon after Salman Khan predicted that Shehnaz Gill is in love with Siddharth Shukla, Shehnaz has expressed her feelings for Shukla. In a recent promo, Shehnaz hugged Siddharth Shukla and said that "I Love you." To this, Shukla said "It's Okay!" "No, you should say I love you too," Shehnaz replied.

Earlier on Weekend Ka Waar, Salman Khan bashed out Shehnaz for misbehaving with him, while he was having fun with her. Salman organised a task for Shehnaz and Mahira over the word jealousy. As per the task, Mahira and Shehnaz were up against each other and the housemates had to choose the one who is more jealous. Shehnaz was given the maximum votes.

Afterwards, Shehnaz started crying after which Salman asked her to not to do this drama in front of him. Shehnaz kept asking Salman to send her home. However, Shehnaz went outside near the main door and kept sitting alone. After sometime, Salman came inside the house and aksed everybody to assemble and brought a cake. He told everyone that Bigg Boss is being successfull.

Salman tried to call Shehnaz but she refused after which Salman told Siddharth Shukla that "You need to be careful, she is in love with you." Decoding Shehnaz, Salman said that "She used to like Paras Chhabra, but he went to Mahira. She came to you (Siddharth) and fell for you. Now, she is in love with you." Weekend Ka Waar extended and hence the show will continue on Monday as well.