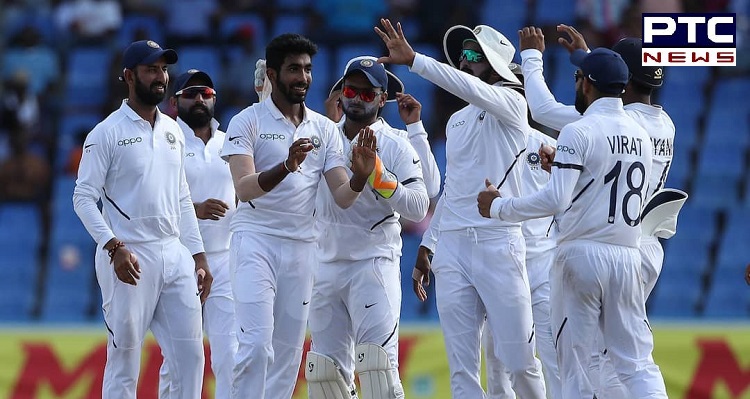 India vs West Indies 1st Test 2019: Virat Kohli and the team have crushed the hosts West Indies by 318 runs, which is worth memorable record. Ajinkya Rahane ends his two-year-long drought for a Test century, for which he is also rewarded as Man of the Match. Also, it was Ishant Sharma and Boom Boom Bumrah, who enjoyed bowling on the fast track at Antigua. West Indies won the toss and invited India to bat first. Therefore, while batting first, India put 297-10 in the first innings. Likewise, West Indies were restricted on 222-10 in their first innings.

Meanwhile, India again in the second innings scored a mammoth 343-7, which resulted in the target of 419. However, West Indies were restricted on 100-10 on the day 4 of Ind vs WI 1st Test match out of the two-match Test series. Along with the victory in the first Test match, India has registered points for the ICC World Test Championship.

Afterward, West Indies skipper Jason Holder said in a post-match presentation that they didn't bat well. He said they have some issues in batting which they need to sort. Likewise, he said, they need to take responsibility as a group.

Seemingly, Chiku said, that they have good temperament in Tests. Also, Kohli hinted Bumrah as the key player, in term of World Test Championship. Virat said they are pretty settled in term of bowling combination. Now, India vs West Indies 2nd Test 2019, will be played at Sabina Park, Kingston, Jamaica from August 30, 2019.