Protecting a terrorist is equivalent to promoting terror: Amit Shah 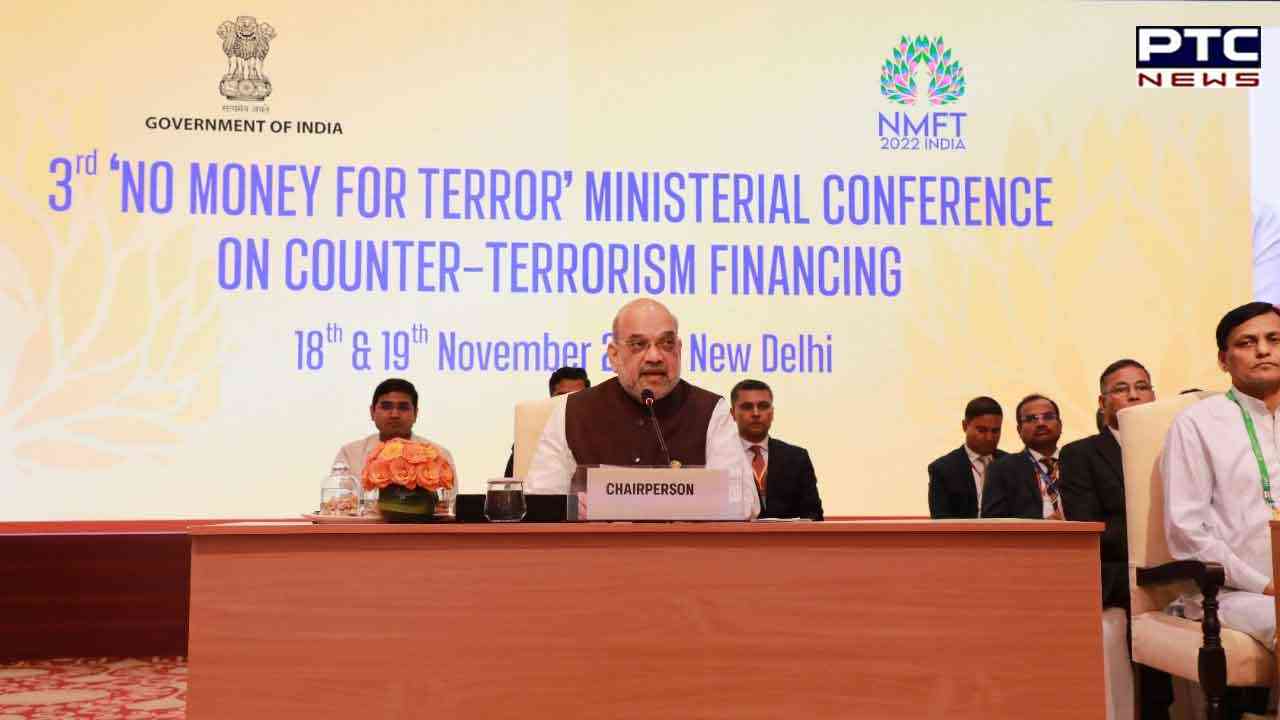 New Delhi , November 18: Union Home Minister Amit Shah on Friday said terrorism is the most serious threat to global peace and security, and that "protecting a terrorist is equivalent to promoting terrorism".

Shah's remarks came while chairing the first session of the third 'No Money for Terror' Ministerial Conference on the 'Global Trends in Terrorist Financing and Terrorism' theme.

Union Home Minister said "Terrorism is, undoubtedly, the most serious threat to global peace and security, but, the financing of terrorism is more dangerous than terrorism itself because the 'Means and Methods' of terrorism are nurtured from such funding".

"Furthermore, the financing of terrorism weakens the economy of countries of the world," he said.

Shah said that India condemns terrorism in all its forms and manifestations and we believe that no reason can justify an act, such as taking innocent lives.

While expressing his sympathy for the victims of terrorist attacks all over the world, the Home Minister said that we should never compromise with this evil.

Union Home Minister said that India has been a victim of terrorism for several decades, which is sponsored from across the border.

He said that Indian security forces and civilians have had to deal with incidents of extremely serious terrorist violence perpetrated in a sustained and coordinated manner.

Shah said that the international community has a collective approach that terrorism must be condemned in all its forms, but, the forms and manifestations of terrorism are continuously evolving due to technological revolution.

The Home Minister also said terrorists and terrorist groups understand the nuances of modern weapons and information technology, and the dynamics of the cyber and financial space very well, and use them.

Home Minister listed the six pillars of India's strategy against the financing of terrorism.

To achieve the goal of 'No Money for Terror', Shah said the global community must understand the "Mode - Medium - Method" of Terror Financing and adopt the principle of 'One Mind, One Approach' in cracking down on them.