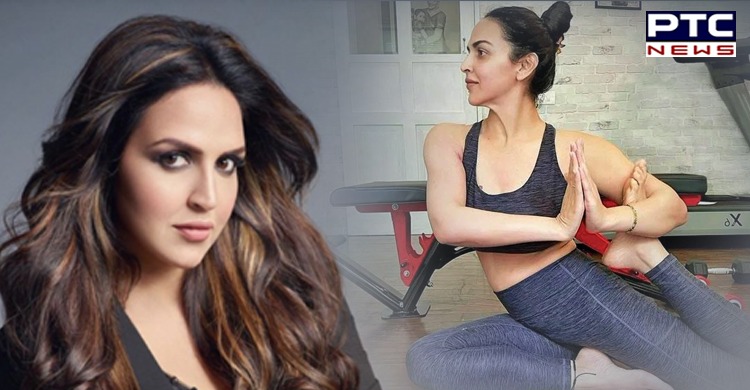 Bollywood actor Esha Deol, who turned 40 on November 2, is one who rarely hits the headlines, but yes when she does it, she manages to hog the limelight. In a post on Instagram shared by her on Monday, Esha Deol has proved that is no dearth of fitness inspiration.

In the photo, which is now being widely shared on social media handles, she is seen flaunting her abs and spreading fitness inspiration on the photo-sharing app.
She is dressed in gym wear. In the caption, Esha Deol wrote, “Washboard eh!” Her hashtags too are dedicated to her fitness journey. 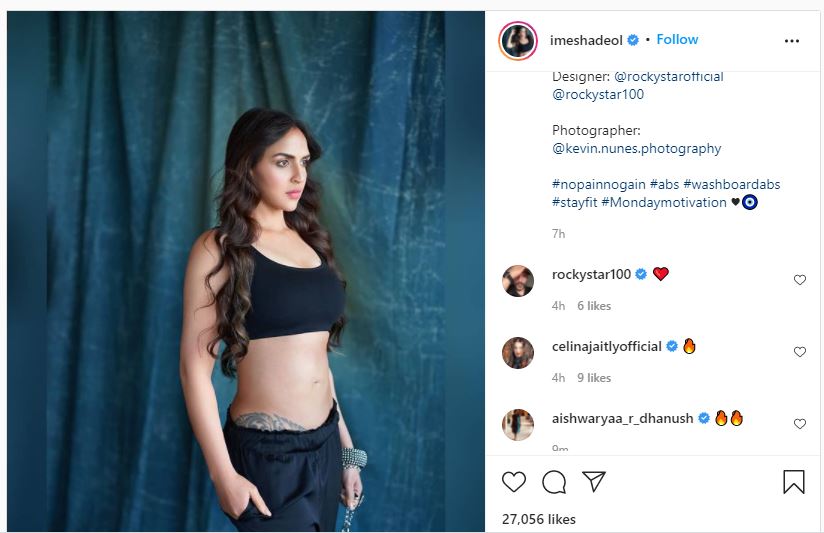 She wrote, “No pain no gain” and “Monday motivation” among other things. Fans immediately filled the comment section with clap, fire and heart emojis.

Recently too, she took to Instagram and shared a picture from her latest photoshoot. She was seen dressed in just a shirt with a simple low bun and natural makeup. The actress sat on a stool in the room and posed like a picture.

In the caption, the Bollywood actor wrote, "Nothing you wear is more important than your smile. Photographer: @popmercy @palsandpeersentertainment." Veteran actor and her dad Dharmendra then wrote, "Love you baby." 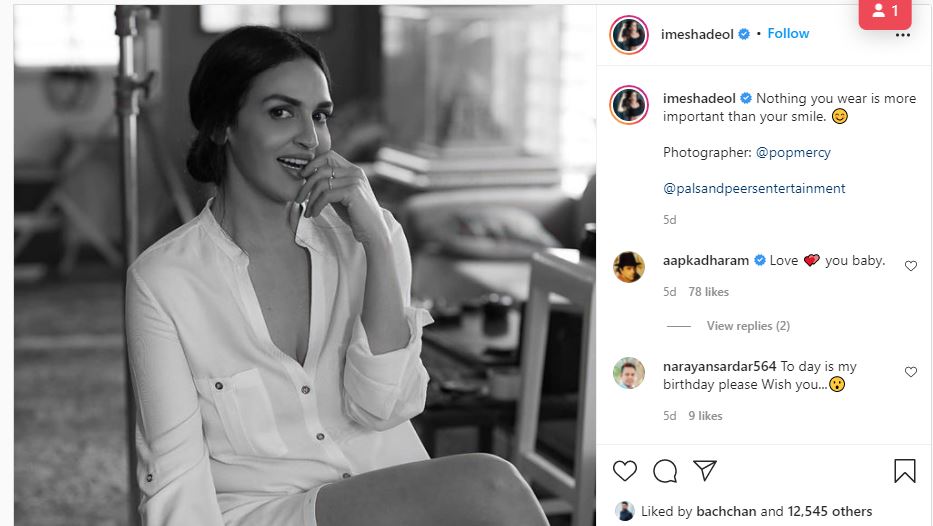 Esha Deol is known for her work in films such as 'LOC Kargil', 'Yuva' and 'Dhoom'. She had made her debut in 2002 with 'Koi Mere Dil Se Poochhe'. She is married to Bharat Takhtani and has two children.