Economy cannot be kept shut for eternity: Delhi Health Minister on another lockdown 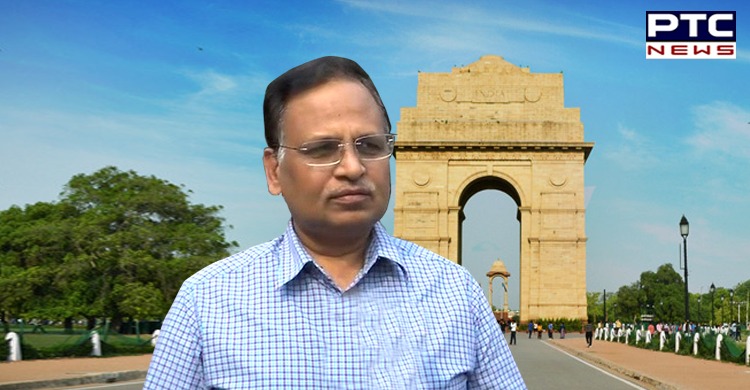 Even after the spike in coronavirus cases, the national capital, Delhi has ruled out the possibility of another lockdown. Health Minister Satyendar Jain said that the economy "cannot be kept shut for eternity" as livelihoods of millions depend on it.

The minister also added that "extreme caution and not panic" should be the response of the city, and people should exhibit greater alertness and responsibility in public places to deal with this health crisis.

Amidst an atmosphere of anxiety due to the massive surge in Delhi, especially after the coronavirus cases were steadily declining in August, Jain said, "this is once in a century pandemic after the Spanish Flu of 1918. And, people will have to learn to live with COVID-19 as it is not going away so soon".

After the resuming of Delhi Metro services, a lot of people feel that resumption of metro services may lead to further spike in the coronavirus infections.

On opening the metro amid spike in cases, he said, "people will have to be more alert and exhibit greater responsibility in public. If you don't wear a mask, not just metro, you can contract the infection anywhere".

Mentioning that "there is no need to panic", Minister said, “like, I have said, we have to learn to live with COVID. Earlier, it was believed that the virus will die out in summers or it will taper off in the monsoon. It is still there. It seems it will continue for a fairly long time."

The unlocking of economic activities in a phased manner has begun from June onwards.

"If lockdown was the solution, then no new cases would have emerged. New cases in the country have touched the 90,000-mark in a day, and the unlock process is still on. The lockdown has not ended yet," Jain said.

Many states extended or reinforced lockdown after cases increased drastically.

Medical experts have already flagged multiple reasons that could have contributed to increasing caseload in the national capital in the past one week or so, including, reopening of economic activities and complacency among people in adhering to norms such as wearing masks and practicing social distancing.

Agreeing with experts, Jain said, "however, authorities have penalized such violators and a good quantum of fine has been imposed on them in the last several days, which should serve as deterrence to others, who are displaying laid back attitude towards the pandemic situation." "I want to repeat again. The number of new cases has been rising, also because we have increased the testing exponentially. People should not panic but be cautious," he mentioned.

Chief Minister Arvind Kejriwal had recently announced to double its scale to 40,000 tests per day.

Talking about the experts opinion, he said, "we listen to experts only, and no expert has suggested that so far".

He, however, added that there are a few people who have started "liking'' the lockdown, and these people don't have to worry about income. But the reality is that there is a large population which struggles to make ends meet, and one should think about them too".