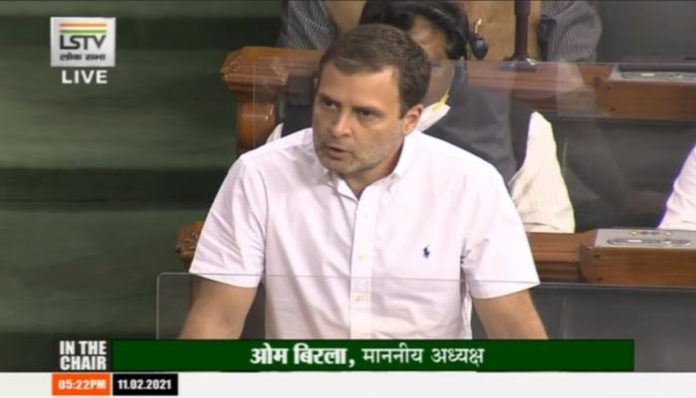 During the debate on Budget 2021, Congress leader Rahul Gandhi raked up the issue of farm laws in Lok Sabha and fired ‘hum do, humare do ki sarkar’ jibe.

He said that “Yesterday while addressing the House, PM Modi said that the Opposition was talking about the agitation but not about the content and intent of Farm Laws.” 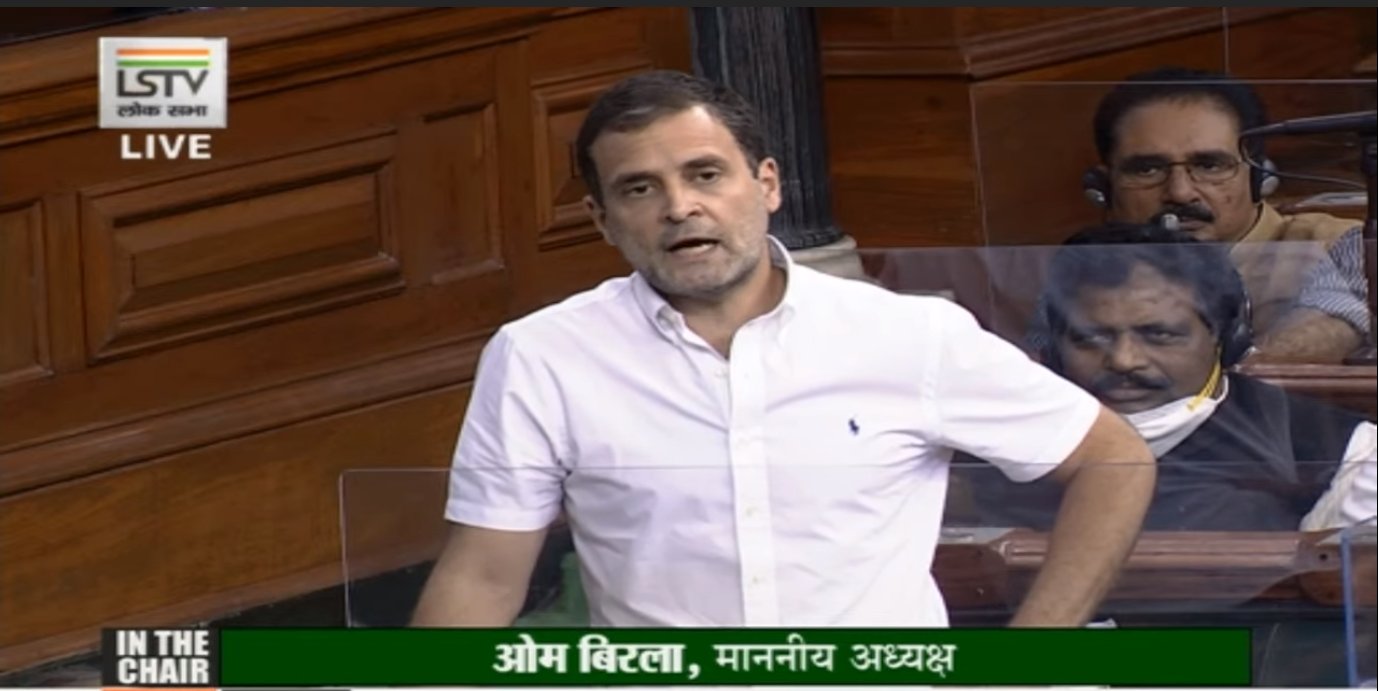 “I thought I should make him happy today and speak on the content and intent of the laws,” said Rahul Gandhi in Lok Sabha. During the debate on Budget 2021, he said that “The content of the third law is that when a farmer goes before the biggest businessman of India to demand the right price for his crops, he will not be allowed to go to the Court.” He further said that the “intent of the first law was to give one friend, the right to have all crops of India. Who’ll be at a loss? small businessmen and those working in the mandis. The intent of the second law is to help the 2nd friend. He keeps 40 percent of India’s crops in his storage.”

Furthermore, he said that “PM says he has given options. Yes, you gave 3 options – hunger, unemployment and suicide.”