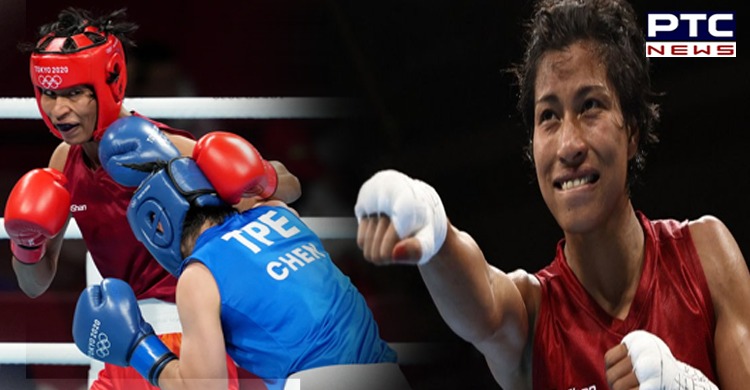 For Lovlina Borgohain, it is a victory in defeat and a medal worth more than gold in the Tokyo Olympics 2020. Besides winning a bronze in boxing, she has become the first player from Assam to win an Olympic medal, though she has won the bronze twice at World Boxing Championships.

Debutant Lovlina Borgohain bowed out of the Tokyo Olympics 2020 semifinals of boxing after 0-5 defeat by Turkey’s Busenaz Surmenel. It was a tough fight against the World Champion from Turkey. However, Lovlina Borgohain bagged another bronze medal for India. “Well fought Lovlina! Her success in the boxing ring inspires several Indians. Her tenacity and determination are admirable. Congratulations to her on winning the Bronze. Best wishes for her future endeavours,” tweeted Prime Minister Narendra Modi.

Meanwhile, back home, her father Tiken Borgohain says they never discuss boxing as their family doesn’t know anything about the game.

Tiken is a small-time trader from Assam’s Golaghat district. However, her daughter's "golden victory" at the Tokyo Olympics 2020 has changed everything for him. Her home town is all set for grand celebrations for their daughter is bringing home an honour.

As per reports, Lovlina’s mother Mamoni Borhohain underwent a kidney transplant last year. A day before leaving with the Olympic-qualified group for a training trip to Europe, the boxer was found infected with Covid 19. She had also visited her mother for a few days at that time. As a mark of honour, the Assam Government has  initiated the process to build a road to Baro Mukhia, the native village of Lovlina Borgohain. The road will connect Barpathar town in Upper Assam’s Golaghat district with the boxer’s village. The work started recently.

Her bronze now takes India’s medal tally to three after Mirabai Chanu’s silver on July 24 and PV Sindhu’s bronze on August 1, though another medal has also been confirmed by Ravi Kumar Dahiya.